This month’s from the shelf post takes us to the sidewalk cafes of Paris, take it away Sierra:

Although Hemingway states several times throughout the book that these were lean times for his young family, it’s difficult for me to accept his use of the word “poor” to describe this period of his life. Yes, there were days when he went without lunch or sustained himself Aladdin-style with only a baguette, but he was still a writer living in Paris. His days were spent tucked away in a Parisian cafe, sipping café au lait, pencil in hand, empty notebook pages before him.

While Hemingway does acknowledge this as an overall happy time in his life, I don’t think he truly understands just how lucky he was to have had these experiences and what a 24-year-old girl from Michigan would give to be a Writer.In.Paris. Even if it meant taking a weekend road trip with an erratic, hypochondriac F. Scott Fitzgerald.

Since Paris and Fitzgerald are both out of my reach due to finances and simple logistics, losing myself in “A Moveable Feast” will have to do.

“There is never any ending to Paris and the memory of each person who has lived in it differs from that of any other. We always returned to it no matter who we were or how it was changed or with what difficulties, or ease, it could be reached. Paris was always worth it and you received return for whatever you brought to it. But this is how Paris was in the early days when we were very poor and very happy.”

Leave a comment
books, collaboration, fabulous people, from the shelf

**I’m a total slacker you guys, this is actually Sierra’s June from the shelf post and I failed at bringing it to you on time. Is it just me or did June fly right by? I digress, in this edition of from the shelf, Sierra discusses Fifth Avenue, 5 A.M. :

In season 2, episode 6 of the award-winning AMC drama “Mad Men,” the creative team of Sterling Cooper asks 1960s women: Are you a Marilyn or a Jackie? Little did they know that the film adaptation of Truman Capote’s novella “Breakfast at Tiffany’s” would soon have them answering “neither.”

Instead, many women wanted to be Audreys—or more specifically, Hollys. Miss Holly Golightly was a free-spirited, self-sufficient “wild thing” at a time in American history when gender roles clearly deterred women from that type of independent behavior.

Sam Wasson’s “Fifth Avenue, 5 A.M.” goes behind the scenes to explain how “Breakfast at Tiffany’s” not only altered the course of a talented actress’ career, but how it helped change American’s views on women’s place in society. 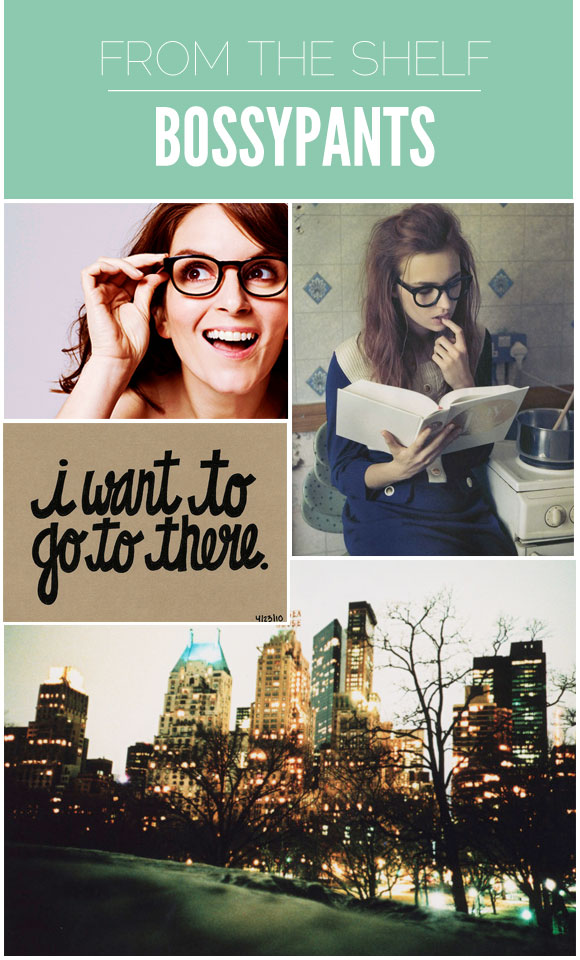 Today, my lovely pal Sierra talks about a book written by one of my absolute favorite women, Tina Fey:

One of the best compliments I have ever received was when my boyfriend mentioned that Liz Lemon and I have some similar mannerisms, so it shouldn’t be too surprising to learn that Tina Fey is one of my heroes. From an awkward Pennsylvanian prepubescent to a presumably more awkward theater tech-studying college student to the first female head writer for SNL, Tina has almost single-handedly paved the way for women in comedy (especially the dorky, food-obsessed ones).

Now, Tina can add New York Times bestselling author to her list of accomplishments (I use the word “now” loosely, seeing as how this book has been out for more than a year). “Bossypants” is an incredibly quick read—just make sure that you read it in a place where you can laugh freely throughout and cry once it’s over. If you read it in an airport terminal (like I did), know that people are going to give you disgruntled looks when your laughter distracts them from their iPads.

Tina will regale you with tales of her childhood (“My proudest moment as a child was the time I beat my uncle Pierre at Scrabble with the seven-letter word FARTING.”), tales of her adulthood (“Ah, babies! They’re more than just adorable little creatures on whom you can blame your farts.” ) and all the important life lessons she learned in between (“When choosing sexual partners, remember: Talent is not sexually transmittable.”).

Still unsure whether or not you should spend an afternoon reading this book? If this sentence doesn’t convince you, nothing will:

“I was wearing my best GAP turtleneck and my dates were two adult lesbians, so yeah, I was pretty cool.”

How much are you loving Sierra’s posts? Remember to visit Sierra’s blog to read more of her clever writing and check out her awesome outfit posts.

On our second from the shelf collaboration, Sierra shares with us her latest literary adventure, High Fidelity:

You aren’t supposed to like Rob. He’s judgmental, selfish, lazy, and has an odd obsession with top-five lists. When his live-in girlfriend of three years leaves him for another man, all he feels is relief and a sense of well-being. The employees at his record store don’t respect him and his parents aren’t concerned with his happiness because the majority of his disappointments in life are a direct result of his complete lack of motivation.

No, you aren’t supposed to like Rob, but you can’t help it. You can identify with his struggles of finding the balance between happiness and success, his difficulties saying what he really thinks, and his patronizing family.

You can’t help but like Rob because as flawed an individual as he is, he is fully aware of his shortcomings and is doing his best to become a better person.

“One day, maybe not in the next few weeks, but certainly in the conceivable future, somebody will be able to refer to me without using the word ‘arse’ somewhere in the sentence.” – pg. 94

Of course, that’s going to take quite a bit of effort on his part.

Thanks Sierra for sharing your lovely words with us! If you want to check out more of Sierra’s writing, make sure to check out her blog. 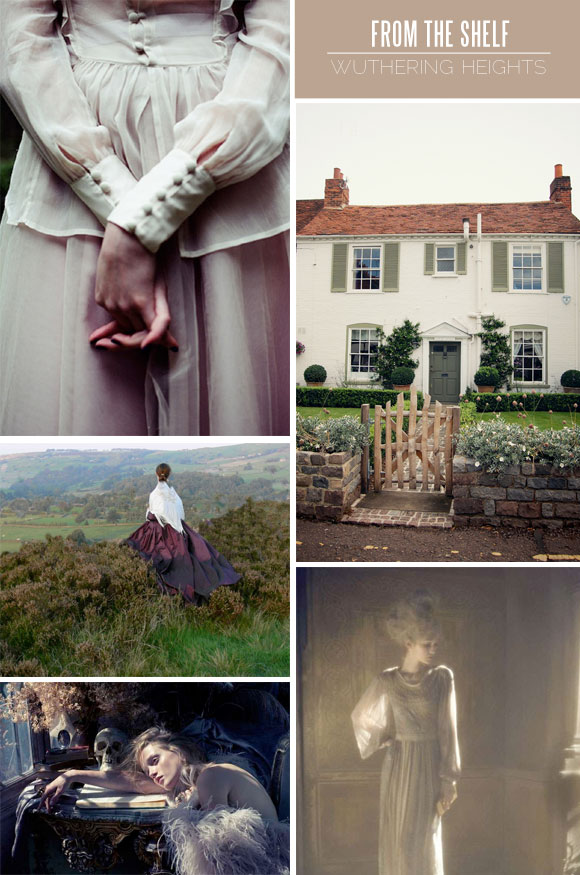 I am very happy to introduce a guest contributor to this space, my lovely friend Sierra. She will be talking about one of her favorite subjects, books, and I will be providing a mood board of sorts (see above) to go along with her writing. Up first, Sierra talks about Wuthering Heights:

Long before modern-day love stories like “The Notebook” and “Twilight” there was “Wuthering Heights.” While some may view it as an outdated, difficult to read piece of fiction, it is a beautiful novel that describes the torments of true love with heart-breaking accuracy.

Through the eyes of Mr. Lockwood, we learn the story of a seemingly mismatched couple that was forced to live without one another despite their unbreakable bond. Few could predict the consequences that would arise as a result of the forced separation of Catherine Earnshaw and Heathcliff Linton. Their bitterness turns to hatred, which ultimately causes them to manipulate the lives and destroy the happiness of everyone else they are close to.

Although “Wuthering Heights” may not end the way that most readers would prefer, it is still a romantic tale of two people who would never truly be without each other.

If all else perished, and he remained, I should still continue to be; and all else remained, and he were annihilated, the universe would turn to a mighty stranger; I should not seem a part of it. — Catherine, pg. 84

Thanks again Sierra! If you want to check out more of Sierra’s writing, check out her blog.

In an effort to kickstart my 2012 goals, I took my first knitting class. Of course in usual me fashion, I am already getting way ahead of myself and wanting to create things that are way too advanced when I haven’t even finished a potholder. I stumbled upon norwegian knitting designs and am drooling over the beautiful imagery. I want to make all these knits. Let’s be realistic though, this potholder is kicking my ass so I’ll settle for owning the book so I can look at the pretty pictures whenever I want.